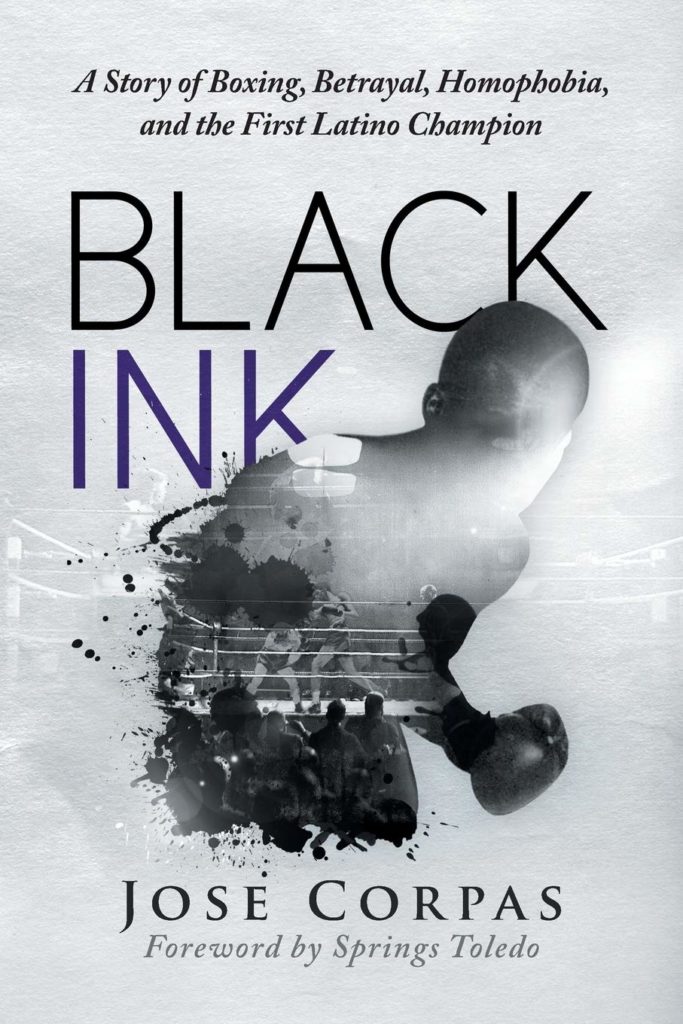 Black Ink is the long overdue biography of Panama Al Brown, a boxer so unpopular, fans stormed the ring and nearly killed him in an attack that might be considered a hate crime today. Outside the ring, the leaders of the “Manly Art” were so determined not to have a gay boxing champion that they stripped him of his recognition, without an explanation. But Brown was too good, and eventually fought his way to become recognized as the first Latino world champion. In this riveting book, Jose Corpas makes sure Al Brown is never forgotten.

Read the review by Joey Krebs for El Tecolote, Black, Gay and Undocumented: The story of boxing’s first Latino Champion

Reviews for the book by Adam Berlin at boxing.com and at wbaboxing.com.

Read “The Secret Story of the Groundbreaking Boxing Champ Who Lost His Title — Because He Was Gay”, by the author of Black Ink, Jose Corpas.

“Black Ink” by Jose Corpas (Aug. 1, 2016) – Given how Latino boxers are revered and glorified today, it is hard to imagine that the first Hispanic champion (Cuba’s Panama Al Brown) was nearly beaten by a crowd after a fight in what the author says would be termed a “hate crime” today. Astute comparisons and word play like that make this an enjoyable and educational read, which goes past boxing and addresses long-held claims that Panama Al Brown was homosexual. It is a cradle-to-grave bio, from Brown’s childhood as the son of a former American slave (which I was unaware of) to his final days as a forgotten and destitute ex-champion living on the streets found unconscious and near death in New York City. Of course, it covers the exceptional times as well in Paris and Spain, living the life of luxury and later, as when Brown was part of the Harlem Renaissance during his glorious comeback to the ring. The barriers Brown knocked down and overcame were monumental for their time and this book is equally exceptional.

A review by Tom Hauser for Ring Magazine.