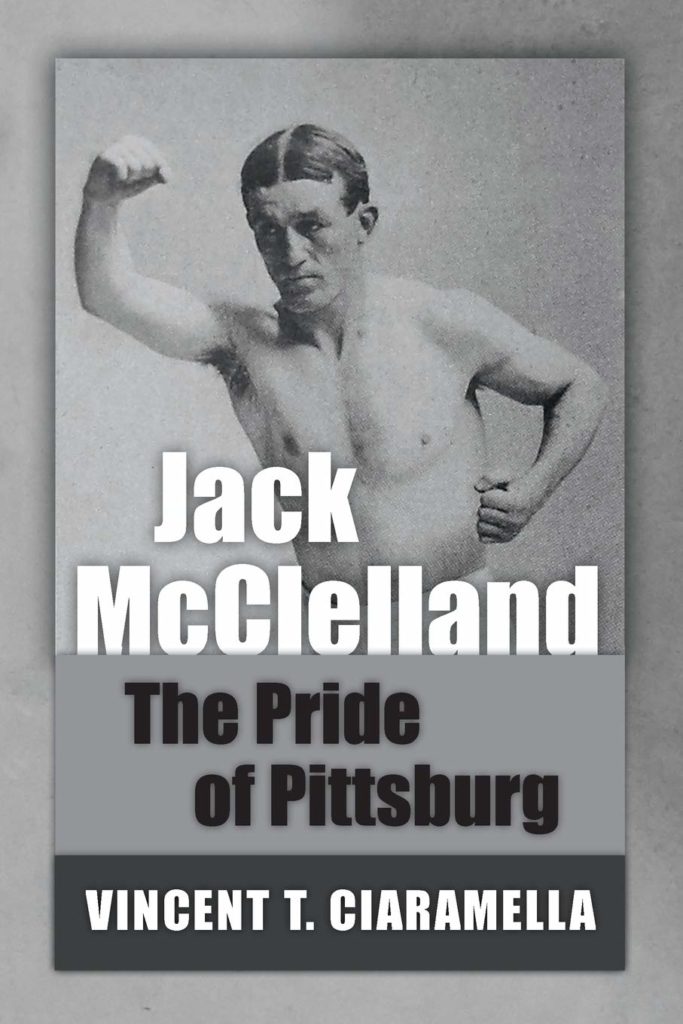 Jack McClelland: The Pride of Pittsburg

Jack McClelland: The Pride of Pittsburg is the first and only biography of Jack McClelland, the Smokey City’s first boxing star. From 1895 to 1905, McClelland was one of the nation’s most popular and talked-about boxers, appearing in the sports sections of newspapers across the country. He took on all-comers, and never drew the color line. At the 1904 Saint Louis World’s Fair, McClelland fought and defeated world featherweight champion Abe Attell, only to have the championship ripped from his hands on a technicality. Legal troubles put Jack’s career on hiatus, until he made a comeback in 1910. A man credited with bringing modern boxing to Pittsburgh, his name and story have vanished from the pages of history. That is, until now.

Meticulously researched, using primary sources and interviews with the last surviving people that knew him, Vincent T. Ciaramella brings Jack McClelland back into the limelight for one last time. Filled with epic battles, shootouts with the police, race riots, broken families, and broken bones, Jack McClelland: The Pride of Pittsburg will make you question why you have never heard of him before.

Vincent T. Ciaramella is a history teacher, a five-time published author, and the great-great grandson of Jack McClelland.

Listen to an interview with author Vincent Ciaramella (start at 7:20 in)